"A lot goes into providing a fine product, and service plays a big part. I promise to install shutters on your windows and doors with the same care and attention to detail that I used when I did my mom and dad's. And I'll be around, if you ever need me."

Your roll shutter expert since 1973

More than 170 years combined experience in the hurricane shutter industry (No other shutter company comes close). 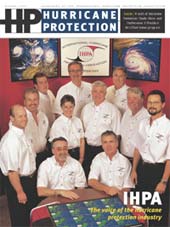